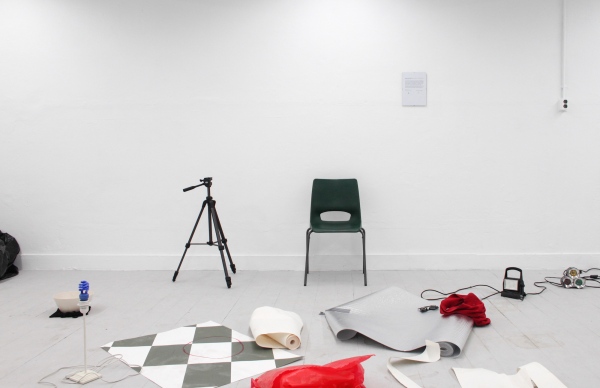 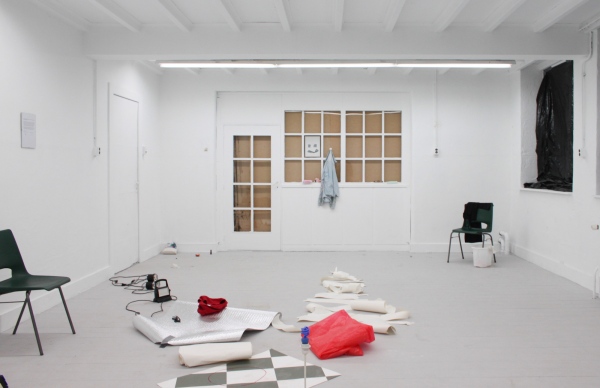 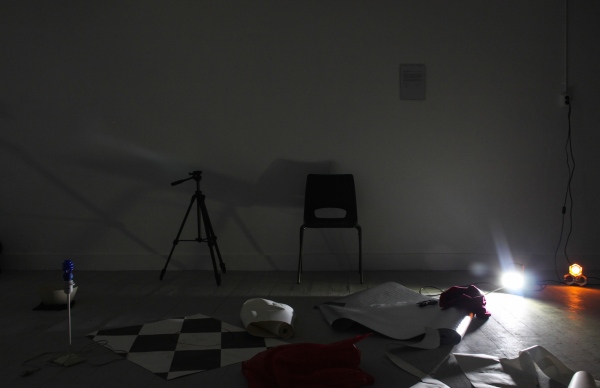 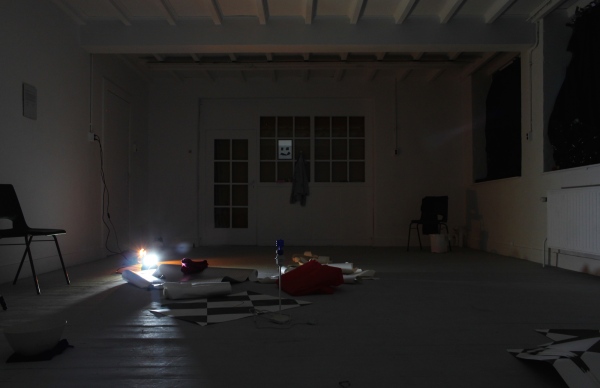 Firstly a set was built with props and objects. These props are theatre materials that don’t have a function yet but can get a function by using them where you need to. The objects were spread out through the whole room. Then I invited a person to be the director and a public to be present during the performance. I asked the director to give me instructions. What kind of instructions were given are the directors own choice. For example she could say that I have to turn the light on or off. In the performance I was the performer and I reacted immediately to the instructions she gave me. When the audience came in they spread out through the whole space and they took a place in between or next to the objects. During this performance I wanted that everybody in the room questions his role in the situation. You could wonder if you were; the director, the actor, the performer or the audience. The result of this was a continuous switching of the roles between everybody, for example the viewer could become a performer.